A DAY OF THANKS, A MOMENT OF PERSPECTIVE 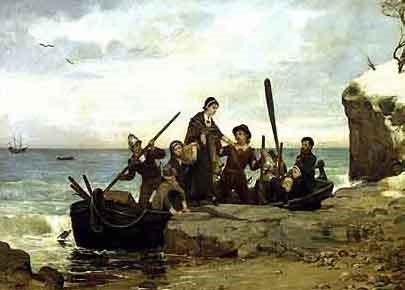 “The Pilgrims made seven times more graves than huts. No Americans have been more impoverished than these who, nevertheless, set aside a day of thanksgiving.” — H.U. Westermayer

We often forget what constitutes true hardship. We can lose perspective and allow things as small as a traffic jam or a long line to “ruin” our day. To remember true hardship, we can look back to the days of our forefathers, the founders of the Plymouth Colony, who celebrated the first Thanksgiving.

The Pilgrims suffered greatly from disease, harsh conditions, and a general lack of shelter. Of the original 102 emigrants, “only 53 people were alive in November 1621 to celebrate the first Thanksgiving. Of the 18 adult women, 13 died the first winter while another died in May. Only four adult women were left alive for the Thanksgiving.” (source: Wikipedia)

Barely a 50% survival rate, since 50 out of 102 perished in the first year. Yet they still gave thanks. Their gratitude amidst their trials and tribulations is a wonderful lesson for all of us.

As always, I share what I most want and need to learn – Nathan S. Collier