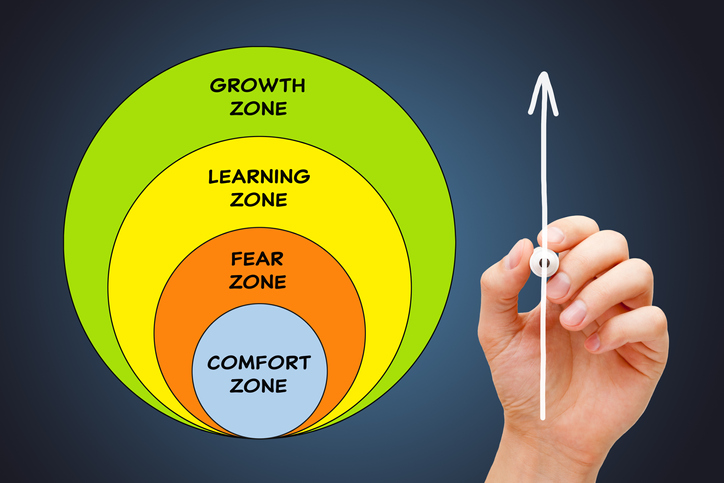 Disconfirming evidence is anything that does NOT support our current belief system or reinforce our convictions about who we are or what we are capable of doing. Confirmation basis is powerful; we tend to seek out evidence that confirms what we already believe and discount or ignore contrary information. If you believe anything about yourself, you will find evidence to back it up.

We believe certain things about ourselves, and we act in ways that confirm those beliefs and the more we do so, the more deeply engrained those beliefs become… and if any of those beliefs are negative or limiting, we have constructed our own prisons.

Embracing disconfirming evidence is the way out, the way to grow. Seizing opportunities to step out of our comfort zone, doing something we would not ordinarily do, and acting differently allows us to experiment and collect data for new beliefs. Not all your ventures into the unknown will be overwhelming wins but enough will to allow you to create new beliefs about who you really are and more exciting, who you could become.

“Confirmation bias is the most effective way to go on living a lie.” – Criss Jami

“Most people early achieve and later intensify a tendency to process new and disconfirming information so that any original conclusion remains intact. They become people of whom Philip Wylie observed: ‘You couldn’t ‘t squeeze a dime between what they already know and what they will never learn.’” – Charlie Munger

In Praise of PhiloponiaNext Article