What is your Success Set Point? 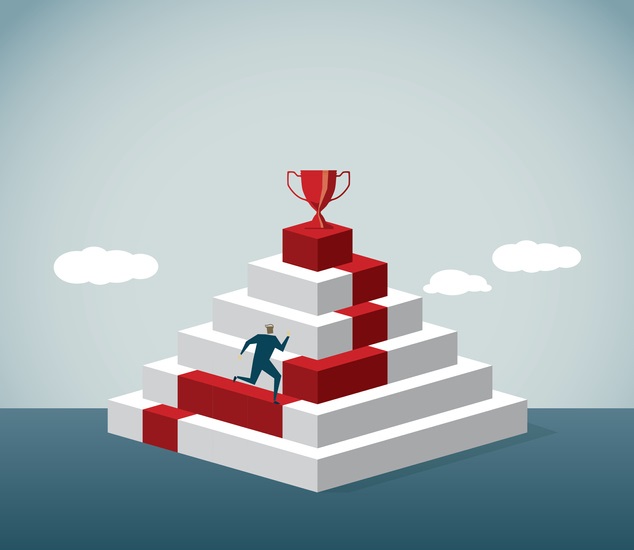 There is a theory that humans have a weight set point (or range of 5 to 10 lbs or even greater) at which our bodies tend toward. Theories vary but this set point is believed to be either biologically/genetically determined or a result of your early eating patterns or a combination of both.

I can’t vouch for weight set point but I’ve come to wonder if folks don’t have an equivalent “Success Set Point”. By that I mean a level of achievement with which they are comfortable, above which they cease to give maximum effort yet below which they continue to strive.

Humanistic psychologists believed the ultimate goal of living was personal growth and only through “constant self-improvement and self-understanding can an individual ever be truly happy.” If it is true that every person has a strong desire to realize their full potential, a need “to become everything that one is capable of becoming” then why do so many fall short? Maslow himself, the acknowledged leader of the humanistic movement, wondered why more people didn’t fully self-actualize. His answer was that “unresolved issues” blocked their further development but that is a rather cryptic response that isn’t much of an explanation.

I believe most folks’ success set point is determined by their self-concept, their early role models and their world view of what is possible. As has been said, most take the limits of their vision for the limits of the world. This effect is exacerbated by lack of self-examination and introspection. Most see the fog and stop because the way to the far shore is not clear. BUT if you step forward into the fog, venture forth into the unknown, you will find with every step forward, another step will appear.

“Many people dedicate their lives to actualizing a concept of what they should be like, rather than actualizing themselves. This difference between self-actualization and self-image actualization is very important. Most people live only for their image.” – Bruce Lee, 1940-1973

“We all carry within us different versions of ourselves. Our true, greatest, most honest versions of ourselves can either be developed and nourished or remain dead from neglect. Most opt for the easiest version rather than the best. But in the end which version lives depends on the choices we make and the people in our lives.” – Yasmin Mogahed

May 18, 2021 0 Comments Continual Learning, Personal Growth, The Knowing (Self Awareness)

Motivation is a MythPrevious Article