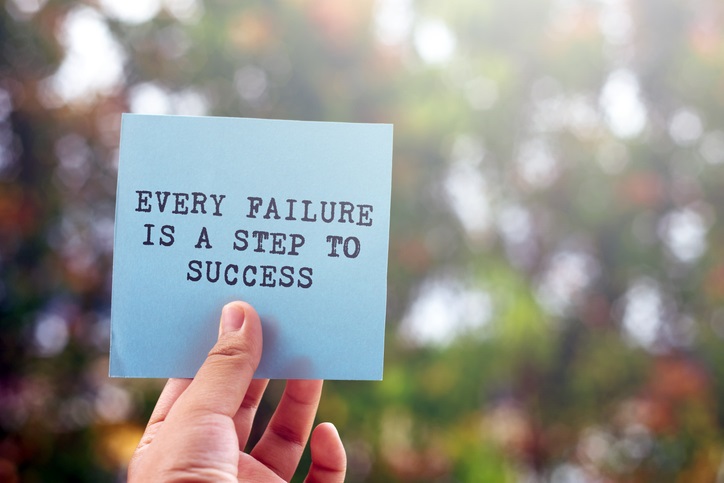 Why would anyone seek failure? Well, absent situations with catastrophic consequences (packing your parachute?), failure often contains valuable feedback, lessons that can form the foundation for your next effort, for your eventual success. Also, failure can be relative: your goal may be a homerun, but unless it’s the bottom of the ninth with 2 outs, getting on first base is something you can build on.

Perhaps most importantly, you never know far you can go until you go too far. All too often our limits are self-imposed by our fears, by too restrictive self-concepts. Accepting failure, especially micro-failure, as an inevitable, even necessary part of growing and learning is a powerful re-frame.

“Only those who dare to fail greatly can ever achieve greatly.” – Robert F. Kennedy

“Every adversity, every failure, every heartache carries with it the seed of an equal or greater benefit.” – Napoleon Hill

“Failure should be our teacher, not our undertaker. Failure is delay, not defeat. It is a temporary detour, not a dead end.” – Denis Waitley

“You build on failure. You use it as a stepping-stone. Don’t try to forget the mistakes, but don’t dwell on it. Don’t let it have any of your energy, of your time, of your space.” – Johnny Cash

Expectancy Effect: Make it Your Ally, Not Your FoeNext Article