You have to Walk the Valley to get to the Mountaintop 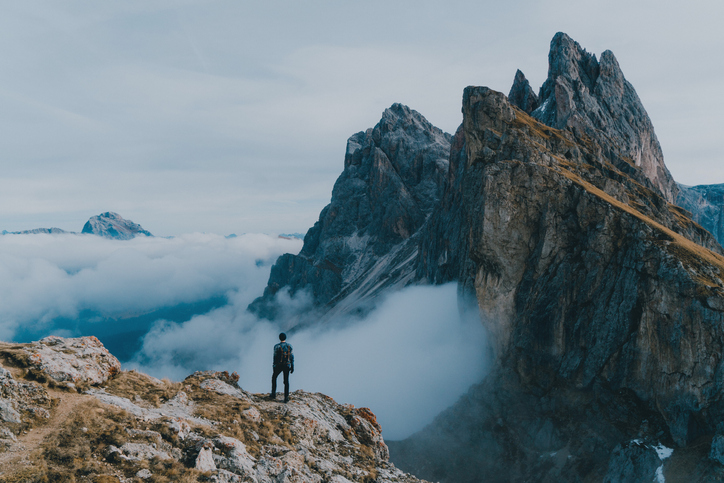 Deny me the lessons of the valley and I will not learn the skills I need to traverse the highest mountains. Sometimes you find yourself in the valley due to bad fortune, sometimes due to bad choices.

Too often today we rush in to save folk from the natural, all too foreseeable consequences of their life choices. Reality can be harsh but the lessons learned are invaluable, doubling so when digging out of a hole of one’s own making. We must be cautious about too quickly bailing folks out of situations they have freely behaved themselves into. Since everything the government gives to one citizen, it took from another, we must be especially careful not to harm the innocent while rewarding the thoughtless or careless. This is doubly true when there is no moral or legal obligation to pay it back or pay if forward i.e. consuming resources taken from others is considered an entitlement.

While I made my first real estate investment 50 years ago, it has probably been less than 40 years that it grew to the size to be considered an investment. During that time, I’ve had at least three major crises in total lasting between 4 to 6 years. In other words, I’ve spent 10 to 15% of my business life “walking the valley”. I am not exaggerating in the least when I say those were times of living hell, sleepless nights, worry and stress and on at least one occasion, to the brink of bankruptcy.

Yet each time I walked the valley, I emerged stronger. The ability to endure and the fortitude to persevere earned me the success I enjoy today. Without the valley, I would have never had learned the skill to climb the mountain.

“In the midst of winter, I finally learned there was in me an invincible summer.” – Albert Camus, 1913-1960, Nobel Prize for Literature at age 44, 2nd youngest ever

“Strength does not come from winning. Your struggles develop your strengths. When you go through hardships and decide not to surrender, that is strength.” – Arnold Schwarzenegger, b. 1947

“There always comes a sort of peak in suffering at which either you win over your pain or your pain wins over you, according as to whether you can, or cannot, call up that extra ounce of endurance that helps you to break through the circle of yourself and do the hitherto impossible.” – Elizabeth George, b. 1949

The Art of Thinking from the EndNext Article