Procrastination: Self Sabotage on Steroids 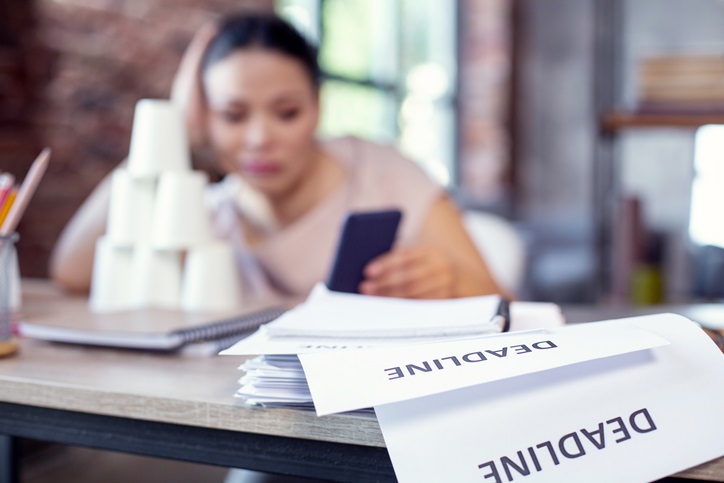 Of the many ways to avoid success, procrastination is one of the most effective. Procrastinators lie to themselves, telling themselves that they will have the time/energy/motivation tomorrow but tomorrow never comes. Procrastinators often claim they work best under pressure but all too often the results are sloppy and far from their best. Procrastination exacts a high price on the procrastinator in terms of stress but also on others who depend on them. Procrastination often shifts the burden to others who must pick up the slack or cover at the last moment. This causes both stress and resentment in others and undermines teamwork and relationships, both personal and professional.

Procrastination is a learned behavior, a dysfunctional coping mechanism, just as self-regulation/discipline, time management and planning are learned behaviors i.e. functional life management skills. At its most basic, procrastination is simply a lack of respect, both for one’s self and for others. Procrastinators aren’t lazy per se, they just lack goals or structure that motivates them enough. Procrastinators are often driven by fear, both of failure and even of success and the responsibilities that attend, including expectations of repeat performance. Some would rather folks think they lack motivation rather than talent or that avoiding a decision absolves them of responsibility for the outcome.

Like anyone, procrastinators can change BUT they have to WANT to change, really, really want to! CBT, cognitive behavioral therapy, can be very effective in modifying behavior and changing habits but procrastinators must first DESIRE to change then be willing to put in the work. Where there is a will, there is always a way.

“Tomorrow is the only day in the year that appeals to a lazy man.” – Jimmy Lyon

“Nothing is so fatiguing as the eternal hanging on of an uncompleted task.” – William James

“Procrastination is like a credit card: it’s a lot of fun until you get the bill.” – Christopher Parke

“When we dread a task we sometimes procrastinate yet by dragging it out, we allow it to occupy space in our head, consuming more of our energy than simply doing the deed; which often turns out to be nowhere near as hard as we built it up to be.” – NSC

Making a Pact with UlyssesNext Article