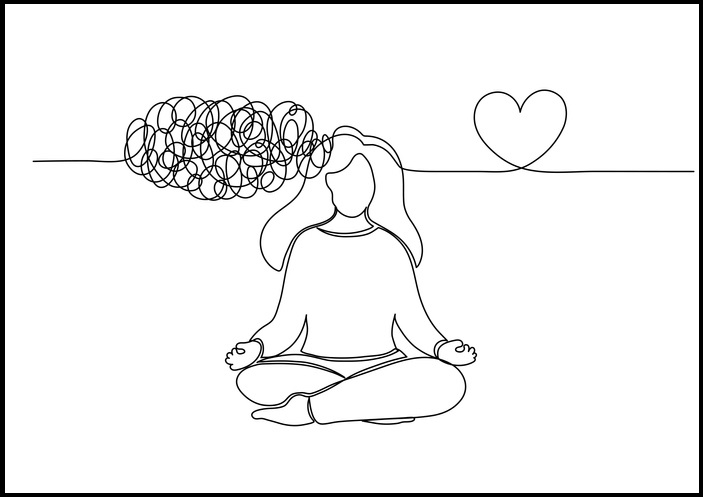 Stress is not an event but rather a learned reaction to an event. That reaction can be modified or at least mollified. It can be re-framed, tamed, and reduced. One technique is to say to yourself “There is someone on the other side of the world that even if they knew of this would not be having my reaction. I’m going to go be them for a few minutes!”. Another approach is to imagine the worst, figure out how you’d handle it and then from then on, everything is an upside.

While most have long forgotten, in the moment the Great Recession was scary, not so much for what actually did happen but for what easily could’ve happened. While it seems silly now, in the safety of hindsight, at the time the possibility of bankruptcy seemed very real and with it, all the things I’d lose, things I’d spent a lifetime gathering. I said to myself: “Well, I doubt it will happen but if it does, you’d still have your family, your health, and your homestead (Florida’s homestead protection is second to none) and that will be enough” and with that realization, came peace. I did what I could as best I could to deal with the situation(s) and then released my stress to the universe and instead counted my blessings and therein found contentment and wealth beyond measure.

Now, it takes but a few seconds to read the sentences above; the process I went through was significantly longer because the stressors were very real and the fear not totally without foundation. I mentally visualized many things and one by one released them in my mind, each time acknowledging that while I was definitely attached to them (some of them very!), they were not me. My possessions and achievements were not my identity, they did not define me. And as I did so, with each release and realization, I became stronger and better able to deal with the realities I faced.

Reinforcing and renewing my self-concept also helps release stress: “I am a resilient survivor. Whatever happens, my determined efforts and hard work will put me in the top 25% of outcomes. I am a radiant optimist. I carry the Sun in my pocket, the Stars in my heart.”

“Sometimes the most productive thing you can do is relax.” – Mark Black

“If you want to test your memory, try to recall what you were worrying about one year ago.” – E. Joseph Cossman

“The greatest weapon against stress is our ability to choose one thought over another.” – William James, 1842-1910

“The truth is that stress doesn’t come from your boss, your kids, your spouse, traffic jams, health challenges, or other circumstances. It comes from your thoughts about your circumstances.” – Andrew Bernstein

A Simple, Easy to Learn Technique that will Impress your BossPrevious Article