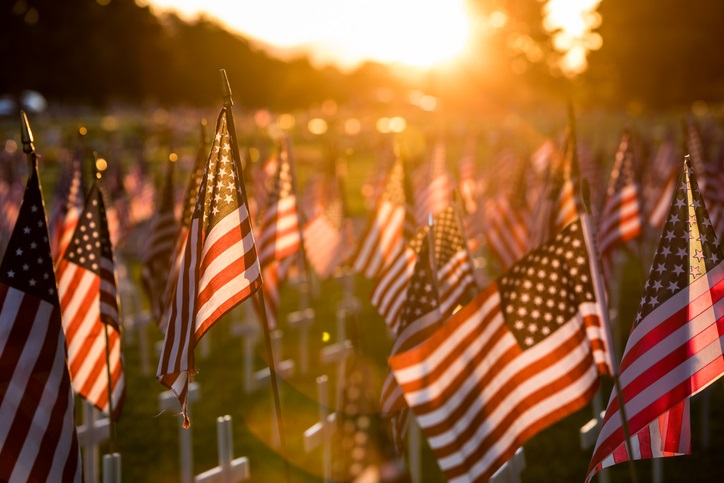 This 4th of July
As we celebrate our liberty,
let us remember and honor
the sacrifices others have made.

written as a high school senior at Homestead High, Homestead, FL. in 1981;
tribute to his father, a career marine who served two tours in Vietnam.

I watched the flag pass by one day,
It fluttered in the breeze;
A young Marine saluted it,
And then he stood at ease.

I looked at him in uniform,
So young, so tall, so proud;
With hair cut square and eyes alert,
He’d stand out in any crowd.

I thought . . . how many men like him
Had fallen through the years?
How many died on foreign soil?
How many mothers’ tears?

How many pilots’ planes shot down
How many died at sea
How many foxholes were soldiers’ graves
No, Freedom is not Free.

I heard the sound of Taps one night,
When everything was still;
I listened to the bugler play,
And felt a sudden chill;

I wondered just how many times
That Taps had meant “Amen”
When a flag had draped a coffin
Of a brother or a friend;

I thought of all the children,
Of the mothers and the wives,
Of fathers, sons and husbands.
With interrupted lives.

I thought about a graveyard
At the bottom of the sea,
Of unmarked graves in Arlington.
No. Freedom is not Free!

Our Lives, Our Fortunes, And Our Sacred HonorNext Article