Our Lives, Our Fortunes, And Our Sacred Honor 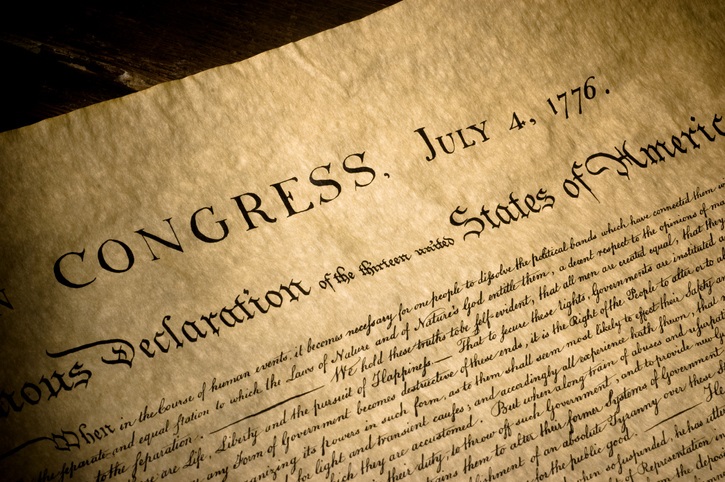 This July 4th, as we celebrate the 245th anniversary of the Declaration of Independence, we would do well to pause and reflect on the extraordinary courage it took for 56 signers to pen their names to such a radical, treasonous document and by doing so, pledging their lives, their fortunes, and their sacred honor. It was a seditious act, unmitigated treachery in the eyes of King George, punishable by death. As Ben Franklin is reputed to have said, “We must indeed all hang together, or most assuredly we shall all hang separately.”

Success was far, far from assured: quite the opposite, the odds were substantially in favor of Britain. By signing, our Founding Fathers were taking on Great Britain, the ruling superpower of its era: the British navy commanded the seas and the sun never set on the British empire. England’s military might truly was unmatched.

Because the colonies were eventually victorious, it is all too easy to underestimate the depth and seriousness of the risk our Founding Fathers undertook, not only for themselves but for their families, the safety and wellbeing of their loved ones. Be still and quiet for a moment, and look deep within, ponder the risk they took and all they had to lose and then honestly ask yourself: how many of us today, lives filled with ease and entitlement, would be willing do the same?

“Courage is contagious. When a brave man takes a stand, the spines of others are often stiffened.” – Billy Graham, 1918-2018

“Above all, we must realize that no arsenal, or no weapon in the arsenals of the world, is so formidable as the will and moral courage of free men and women. It is a weapon our adversaries in today’s world do not have.” – Ronald Reagan, 1911-2004

“Few men are willing to brave the disapproval of their fellows, the censure of their colleagues, the wrath of their society. Moral courage is a rarer commodity than bravery in battle or great intelligence. Yet it is the one essential, vital quality for those who seek to change the world which yields most painfully to change.” – Robert F. Kennedy, 1925-1968